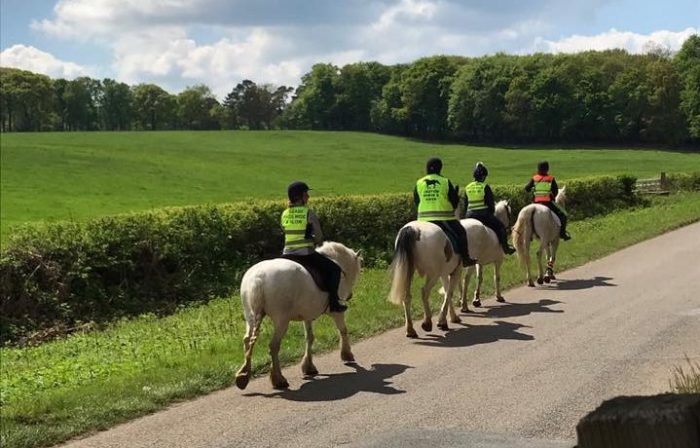 Historical points of interest on the Bluebell Ride

Greensand Country has a rich natural and built history, with many listed buildings & parish churches, predominantly built of the local sandstone.

Eversholt, to the west of the area, is mentioned in the Doomsday Book and is named after the wild boar which used to live in woodland in this part of the country, Indeed the boar’s head is still used as the emblem of the parish today.

The west of the Bluebell Ride takes you through fragments of ancient woodland, but once over the M1 the plantations are more recent, part of the development of the land under the Bedford Estate’s ownership. Much of Steppingley village is comprised of Duke of Bedford estate cottages and the church was rebuilt in 1860 by the Duke.

The route takes you around Park Farm, which has been used by the Open University as an example of a ‘model farm’ a planned farm from the industrial age, architect designed to incorporate and demonstrate improvements in agricultural techniques, efficiency and building layout.

Both Steppingley Park and Beckerings Park were formerly large medieval deer parks, Steppingley having been Crown property in the reign of Henry VIII.

As you return towards Wakes End Farm, crossing Cobbler’s Lane, across to your right is the remains of All Saints Church, Segenhoe, which dates back to the 12th Century and has been unused since 1927. This is fully accessible (on foot) so why not come back and explore?

Muntjacs were introduced to Woburn Park in the early 20th Century, since then, many have escaped, reproduced and expanded their population, such that spotting a muntjack on a ride in Greensand Country is now pretty commonplace. They are small, stocky and russet brown in summer, whilst grey/brown in winter.