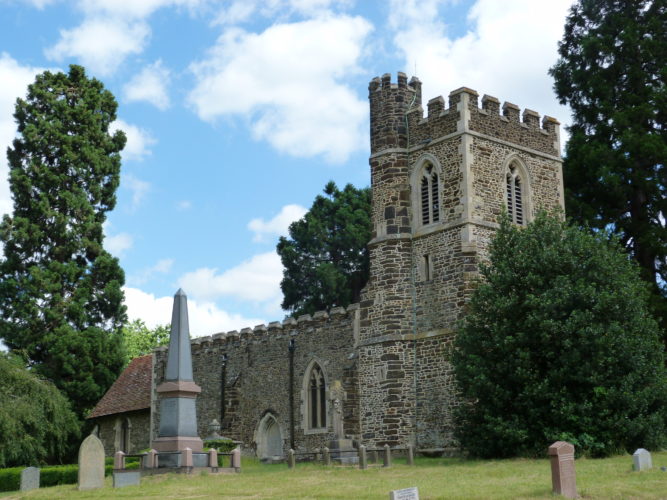 The Church of St Mary Virgin

It is almost certain that a Saxon Church, followed by a Norman one stood on the site of the present building, which was built between 1330 and 1370AD. The walls of the church are of ironstone and Totternhoe clunch. Looking closely at the walls of the Nave and the Chancel it is apparent that the Nave is built in dressed stones, whilst the Chancel is constructed of pebbles and odd pieces of rubble. This inferior work may well have been due to the Black Death, which interrupted the building and in which many master masons perished.

In 1404 the church became collegiate and was intended to pray for the souls of Sir John and Sir Reginald de Trailly. The college contained four fellows (all clergymen) who elected a master, who was always the rector. The college was dissolved in 1547 as part of Henry VIIIs dissolution of religious bodies in the wake of his break with Rome and his need to raise money.

St Mary Virgin Church is noted for some fine stained glass windows, some of which were made by John Oliver in 1664. He was also employed in the rebuilding of London after the Great Fire of 1666.