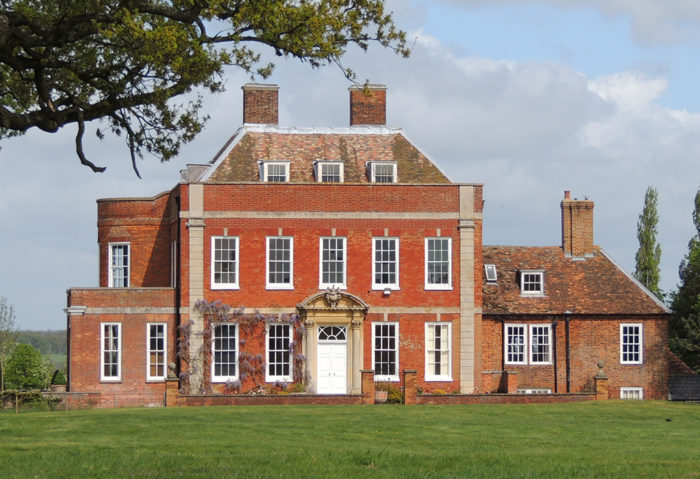 For November, we’re looking at the Eastern Historic Parkland Walk that takes in countryside at the eastern end of the Greensand Ridge, including Woodbury and Tetworth Estates.
One of our wonderful volunteers, Dennis, walked the route recently and gave his highlights. What will yours be?

Wildlife spot
Our pick of the wildlife spots on this route is around points 19 and 20 on our walking map, where, following the Greensand Ridge back to Everton church, the parkland has lots of beautiful russet brown cattle.

Also look out for the red kites and buzzards, that may follow you on your travels!

History spot
A lot of history, and in particular, World War II history, can be found along the this walk. The walk goes through Tetworth Estate and Woodbury Estate, both Halls were requisitioned by the British army during WWII. On this route you can also visit Tempsford Airfield. It was built in 1941 and was one of the most secret airfields of the Second World War, used by the SOE. From 1942 to 1945 aircraft from there successfully delivered 29,000 containers, 10,000 parcels and 995 agents into enemy territory, as well as picking up personnel from these locations, though over this period, seventy aircraft were lost, with most of their crews killed.

In the vicinity of the Airfield, the field barn was once part of Gibraltar Farm and was the final collection point for agents to collect their equipment and supplies before boarding the planes. The barn remains as a memorial to those agents and aircrew who took part in those operations, and is known as ‘Gibraltar Barn’ (point 3 on the walk map).

Interested in learning more about Tempsford Airfield? The museum at Tempsford is open the 1st Sunday of the month: www.tempsfordmuseum.co.uk There is also a war memorial to female agents in Tempsford, just beyond the now closed down Wheatsheaf Pub in the Main Street in Tempsford. On the reverse of the memorial is Leo Mark’s code poem with which SOE would talk to Violette Szabo in the field. Mrs. Szabo was to be captured and later executed at Ravensbruck Concentration Camp. Her husband was serving in the French Foreign Legion; he was also killed during operations in North Africa.

Full details on the route can be found here: https://www.greensandcountry.com/explore/walk/